The “Dorfkrug Kampen” Sylt is not just a name, it’s a vivid institution located on the classiest and most famous German island. This restaurant & bar, dubbed "Rotes Schiff" once, sat right in the center of historic “Kampen” for more than 130 years now and is a known address far beyond the island and Germany. First mentioned in 1876, it already served as a hub for locals, travellers and artists of all sorts and origin. 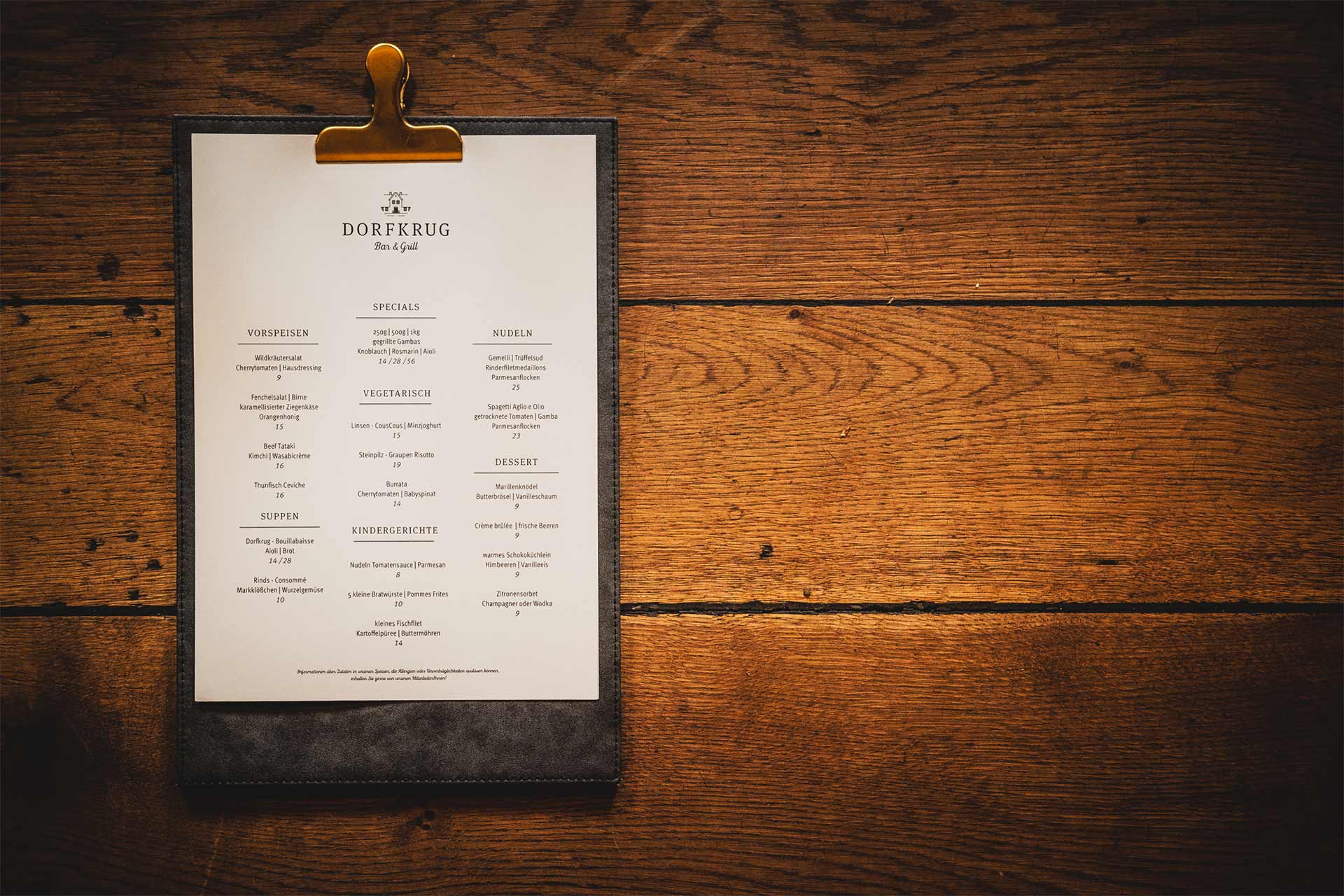 The task and challenge grew out of an already outlined idea for a fresh identity which the new, young owners had in mind. At the same time though the history of this jewel played a vital role and could under no circumstances be ignored. Obviously the choice of the right typefaces played a primary role here.

During the refinement process of the identity we planned for the manifold applications it would be used for. This included the building facade with a custom, metal built logo and plated wall pieces, as well as various printed matter, bar, wine and food menus and of course, the whole lineup of digital applications. 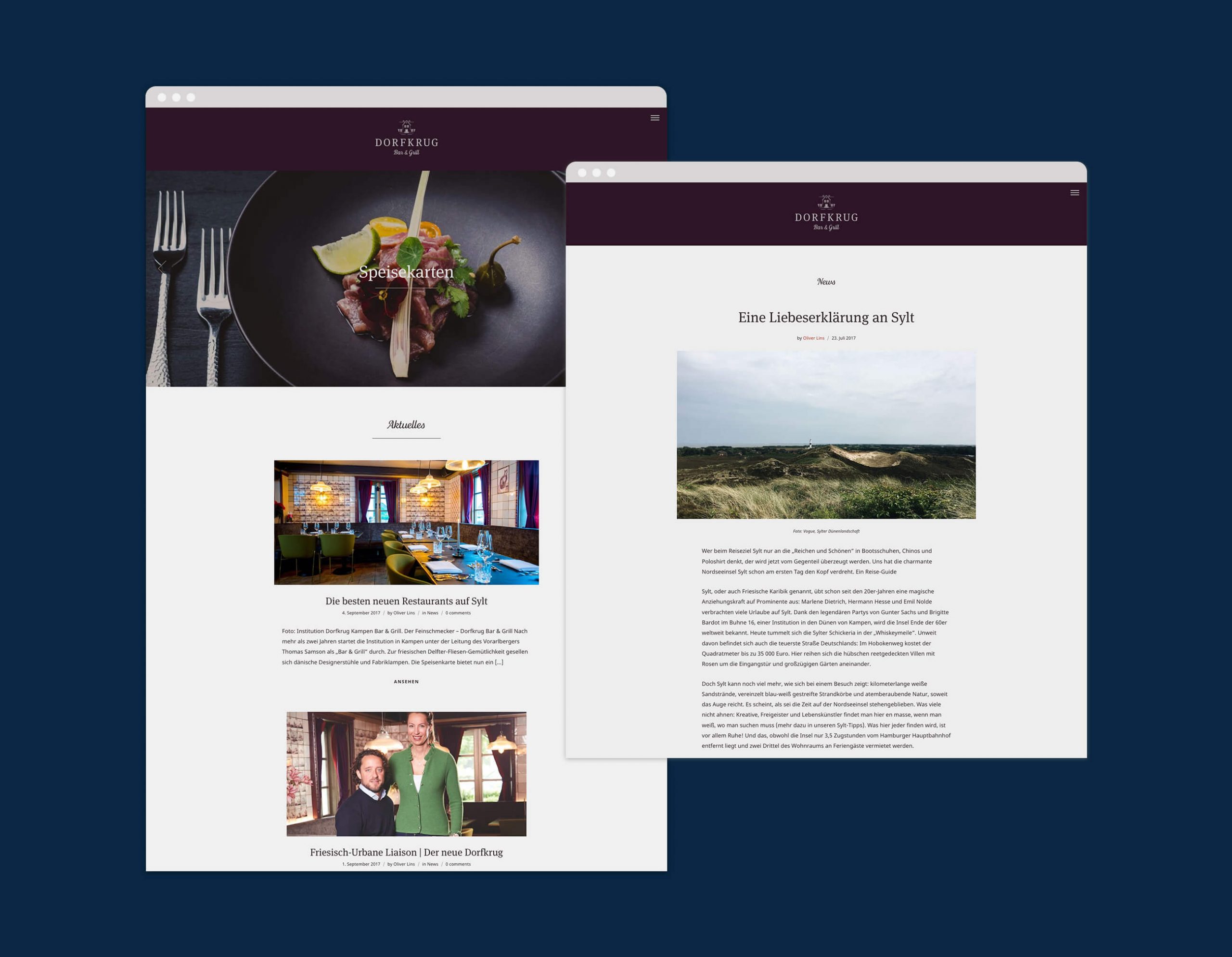